After decades of development and debate, the solar industry is finally ready to stand on its own. Solar power is powering homes all over the world and is beating fossil fuels on price. With the solar industry growing at a rapid pace, the future looks a little brighter. However, even with the extensive use of solar, there are still a lot of things we don’t know about solar energy. This blog will go over 7 little known facts about solar energy that you may have never heard of.

1. Solar is the Most Abundant Energy Source on Earth

Did you know that there’s enough solar energy hitting the Earth every hour to meet the needs of all of humanity for an entire year? This source is everlasting, and if we could capture one hour’s worth of solar energy each year, every ounce of soil, coal, and natural gas can be tossed. To give you an idea, if one were to cover the entire Mojave Desert with solar arrays, it would generate 200% of the energy the entire U.S. uses annually! There’s no other energy source more abundant than sunlight. While oil and other fossil fuels will deplete one day, sunlight will always remain!

99% may seem like a huge number, but it’s true. In 1977, it cost a simple solar cell $77 per watt. According to the Solar Energy Industries Association (SEIA), the cost of a solar cell today is $0.21 per watt, while an entire assembled module costs $0.39 per watt. The costs have tremendously gone down, making it accessible to more people.

3. Space Was One of The First to Use Renewable Technologies

In the 1950s, the space industry started using renewable technology to provide power for spacecraft. Vanguard 1 was the first artificial satellite run by solar cells. Today, it remains the oldest manufactured satellite to use renewable technologies, which has been logging for more than 6 billion miles. Panels are a standard feature on satellites and are now becoming the United States’ preferred energy source!

4. You Can Store Energy in Salt

Salt has been discovered to be an efficient storage solution for concentrated solar power (CSP) generators. They can store the heat from the sun’s rays even after dark. This is the perfect solution for storing renewable energy from CSP plants in places like deserts, where large amounts of unused sunlight and land are plentiful!

5. The World’s Largest Solar Plant is in California

Did you know that the world’s large solar plant is located in the golden state? Ivanpah Power Facility uses CSP technology to concentrate 73,500 heliostats onto boilers located in three power towers. The plant came to be in 2014 and has a gross capacity of over 390 megawatts (MW). 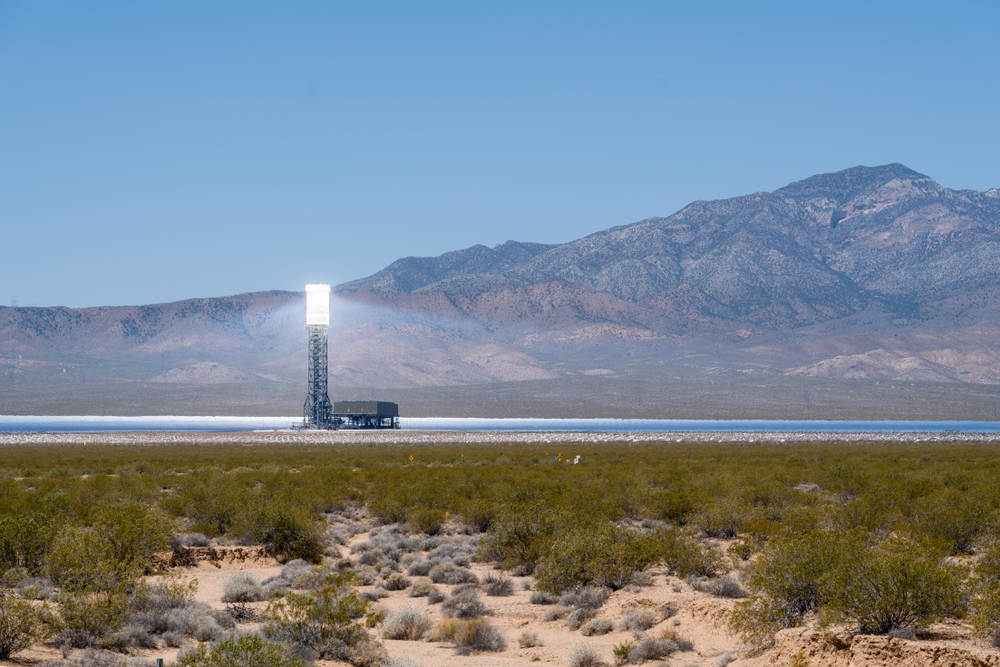 With the same “solar” in solar power, one would think that they require direct sunlight to function. However, solar panels can function even without them. Even if it’s cloudy outside, they can capture different parts of the light spectrum and generate electricity for your home. Of course, it won’t be as efficient as that of direct sunlight, but it will still generate energy!

7. California is the U.S. Star in Solar Power

No other state in the U.S. has driven forth the solar industry more than California! Not only are we number one in solar installations, but solar power supplies more than 20% of California’s electricity today! This is a far greater percentage than any other state, according to the SEIA. Let’s keep it up, California!

With solar power growing more than ever before, it is a great idea to have some knowledge of it. We hope these 7 known facts about solar energy helped you learn a few new things about solar that you’ve never heard before. If you’re ready to go green by joining the solar family, give Sunlight Solar a call at (858) 564-8032 or click here to get in contact!